The acronym COPD is unknown to most Malaysians despite the fact that approximately half a million of the people in this country suffer from moderate to severe COPD. This silent killer claims nearly three million lives annually worldwide and could be the largest cause of death and disability due to respiratory disease by the year 2020.

In a recent survey carried out by the Malaysian Thoracic Society (MTS), only one-third of Malaysians including 20% of smokers, have heard of COPD. This is particularly ominous as smokers are those most susceptible to the disease, with a high risk associated with each cigarette puff.

This silent killer often goes undiagnosed, damaging the individual’s respiratory system, until it is too late. COPD is a respiratory disease that progressively worsens lung function and limits airflow in and out of the lungs, especially during exhalation. The main cause of COPD is smoking, with more than 90% of COPD sufferers being smokers or ex-smokers. Other causes include environmental factors such as excessive air pollution, chemical fumes and, in some rare cases, genetic factors.

COPD is “chronic” because it lasts for a long period of time, often marked by frequent recurrence of symptoms. The disease itself is deemed “obstructive” because it affects the lungs by hindering air-flow, causing patients to suffer from shortness of breath even when performing simple daily tasks.

The two disease conditions under the umbrella of COPD are chronic bronchitis and emphysema. Once a patient is diagnosed with COPD, the damage to the lungs is permanent. Lung function will continue to decline. However, with the various treatment methods available today, there are many ways to manage the disease, to alleviate the symptoms of COPD and to allow patients to live life to the fullest.

The common symptoms of COPD include breathlessness, cough and increased phlegm production. Most of the time, COPD is misdiagnosed as asthma, or it may simply be attributed to ageing. Hence, it is essential to distinguish COPD from asthma as they are different and therefore respond to different treatments.

The acronym ABCs of COPD helps one to recognize if one is at risk of having COPD:
A – Age 40 years or above
B – experience Breathlessness
C – chronic Cough with sputum (phlegm) and Cigarette smoking

If you identify with the ABCs of COPD, please consult a doctor today. 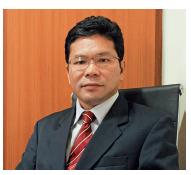