The French Festival 2017 is a highly anticipated annual cultural event in Malaysia that provides the public with the opportunity to immerse themselves in French culture. This year, the festival will be held in Kuala Lumpur, Georgetown, and Kota Kinabalu from 4th May to 17th June. There will be dance and music performances, art and architecture exhibitions, food tasting and cooking classes, as well as screenings of French films. It’s a cultural event that you do not want to miss.

Here are 16 French films that you can watch during the festival in Kuala Lumpur. The movies will be screened in French with English subtitles: Since his wife died, Denis Patar struggles with his two jobs and the education of his two daughters. Although he is a loving father, he has to face the visit of a social worker who is quickly astounded by this weird family’s daily routine. At the Patars’, breakfast is made of crisps, David Bowie is considered a member of the family and stealing is a habit.

Meet the French actor Gustave Kervern on Friday 5th of May at a special screening at GSC Pavilion KL at 9pm! Caroline, a forty-something Parisian, suddenly loses her mother while on summer holiday with her family. Despite their complicated relationship, she cuts her holiday short and travels to the small village where her mother used to live to organise her funeral. On arrival she meets Pattie, a very talkative and liberated neighbour. The day before Caroline leaves, her mother’s body mysteriously disappears. The tale charts the trials and tribulations of Ana, a free-spirited 26-year-old returning home to Strasbourg for the summer after living abroad for long enough to feel out of place everywhere. Ana finds herself at a crossroads after failing conspicuously as a runner on a film production, which led to her return home to Strasbourg. Back home, she throws herself into her diversion of converting her grandmother’s bathroom to a invalid-friendly walk-in shower. Laura, 14, and Joséphine, 18, share their holidays between the south of France with their mother, and Brittany with their father, in this film also known as ‘The Summer of All My Parents’. Small secrets and family problems will punctuate these two months of holidays. Adolescents and adults coexisting gives rise to many moments of tension and scenes of tenderness. Nicole is 49 years old. She is cashier at a highway toll, her husband is unemployed, her daughter is a young single mother, and her own mother is becoming more and more dependent. Nicole doesn’t have any time for herself but she will have to find some, when she discovered she is pregnant… While the whole family is overwhelmed by the news, she sees it as a new beginning. Fatah is an Algerian peasant and his life-long dream is to bring his beloved cow, Jacqueline, to the Paris International Agriculture Fair. One day, he finally receives an invitation to this event. Thus he leaves Algeria by boat with his cow. After arriving to Marseille, his plan is to cross France on foot with his Jacqueline.  All along his journey, he goes from one surprise to another, while the public goes from crazy laughing fit to another. Vincent Machot has a very monotonous life. When he is not in his barber shop, he spends his time with his cousin or his mother with whom he lives. But one day, he ends up in Rosalie Blum’s grocery. Puzzled by this woman, he starts following her everywhere. From then on, his life becomes a series of surprises. Clément, a clumsy young man, is deeply in love with Mona, a beautiful sandwich seller in a Parisian train station. He asks his best friend, Abel, who is a seducer, to help him charm this mysterious and unobtainable young woman. Thomas is 30 years old and although he seems to have everything, he is on the verge of a nervous breakdown. One day, he decides to get in touch with his childhood best friend, who is more immature and carefree than him. The two friends reconnect and try to relive their childhood memories. Alain lives with his family in a prairie town east of France. One day, his daughter Kelly disappears. From then on, Alain and his son, Kid, begin an endless quest to find the young girl. Their journey takes them from Belgium to the Middle East; Alain is willing to do whatever it takes to findhis daughter. Based on the events of L’Arche de Zoé (Zoe’s Ark) Controversy which happened in 2007, this movie shows us that “the road to hell is paved with good intentions”. Jacques Arnault masquerades his NGO named “Move for Kids” as an orphanage in Chad, while his real aim is to bring back the children to adoptive families in France. Pierre Blum is a former famous writer. One night, a mysterious man named Joseph Paskin approaches him casually outside a French casino. Pierre will soon discover that this encounter wasn’t a coincidence. Paskin, who has a considerable influence in the French politics, will order him a very peculiar piece of work, which will put his life in danger. Leo is 11 years old and has an extraordinary power. Alex is a young,  and clumsy policeman. Together, they will join their forces to save New York who is threatened by a dangerous man who wants to take control of the city. While on a mission in Afghanistan, French captain Antarès Bonassieu’s men start  vanishing one by one without explanation. One night, the soldiers are watching figures on the horizon. The next morning, they are simply gone. and satellite images offer no insight either. Captain Antarès sets out on a mission to find his missing men. Based on a true story, this film tells the story of “Chocolat”, the first Black circus artist in France. While playing a savage in a small provincial circus, he is discovered by the clown Footit who suggests they set up a double act. The two clowns then become very successful in the Paris during the Belle Epoque. 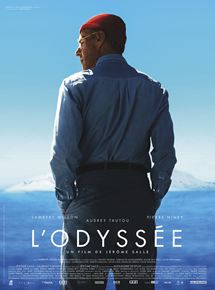 This biopic encounters the intrepid life of the captain Jacques Cousteau, the great undersea explorer and the complicated relationship he has with his son Philippe. In 1943, he developed the Self-Contained Underwater Breathing Apparatus with his friend Emile Gagnan which totally opened the world under the sea to human beings. From then on, Cousteau’s aim was to show this amazing under sea world to the world through many documentaries and movies.

You can purchase tickets to watch these movies at the GSC Box Office or online at gsc.com.my. Please note that showtimes are subject to change, so make sure to check the GSC website for updated showtimes. Also, check out the French Festival website for more information on other shows and exhibitions!