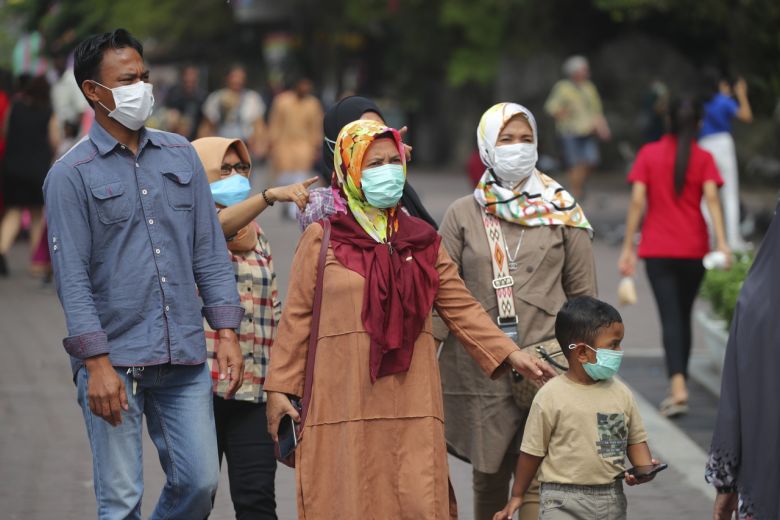 The management of the Covid-19 crisis in Malaysia has been overseen by the National Security Council, but the day-to-day leadership has come from the Ministry of Health, and particularly the Director General of Health, Dr Noor Hisham Abdullah. He has held the position since 2013 and was previously the Deputy Director General since 2008. He is both a well-trained surgeon and an experienced administrator. His skills have been fully tested in the latest crisis, and he has certainly made a good name for himself, and for Malaysia.

His leadership has been impressive, underscored by remarkable results. At the height of the crisis, Malaysians looked forward to his daily briefings, which were stopped after real progress was shown in fighting the spread of the disease.

Malaysia has so far recorded under 8,650 cases and just 121 deaths, which for a country of over 32 million people is very impressive and significantly better than most other countries. So far the country has avoided a second wave and daily cases have been dropping. On the first day of July, just one new case was reported and there were only 144 active cases in the country. These are very favourable numbers!

When you compare Malaysia’s efforts to those in the UK, a country which has over 310,000 cases and 44,000 deaths and only twice the population, it really highlights what a superb job Malaysia has done. Even Germany, which is regarded as having done a good job at managing the spread of the disease, has nearly 200,000 cases and more than 9,000 deaths. In South America, Peru is emerging as one of the harder-hit countries, and despite having a population nearly the same as that of Malaysia, they are quickly approaching 300,000 cases and 10,000 deaths.

It is clear that unlike many Western countries, the government here has decided to primarily focus on saving lives over economic considerations. While some in the United States seem to be obsessed with getting the economy moving despite medical experts wanting greater focus on stopping the virus spreading, Malaysia has shown more concern for containing the disease, “flattening the curve,” and reducing hospitalizations.

To that end, the country has so far been very successful and deserves a measure of congratulations that, all too often, Malaysia does not enjoy in the foreign press. TEG Media was founded largely to communicate the many positive aspects of Malaysia to the international community, and given the country’s capable handling of the world’s worst healthcare crisis in a century, we would like to commend both the authorities and the residents of the country.

A key factor in Malaysia’s success has been strong border controls, and that was certainly an area of exposure because Malaysia has a lot of border to monitor and a large number of illegal immigrants, so keeping out unwelcome foreigners is not always easy. As just one example, Malaysia has very close ties to Indonesia, and many Indonesians live in Malaysia, travelling freely between the two countries before the lockdown. Indonesia seems to be struggling to contain the disease. Although it reports some 58,000 cases and 3,000 deaths, many sources in Indonesia believe the real numbers are significantly higher.

Even now, Malaysia is being very cautious about opening its borders to tourists and business travelers. Unlike the European Union, which has been looking for ways to open their borders, Malaysia and other Asian countries are being much more cautious. In fact, despite having a low number of cases, Malaysia is not listed as a country whose residents are exempt from the EU travel restrictions. It is understood this is because the EU insisted the opening of borders should be reciprocal.

Malaysia has been giving consideration to creating travel bubbles, by which they would ease travel to and from selected countries, initially in this part of the world. This would allow citizens of the participating countries to travel across their respective borders with minimal restrictions. A travel bubble with Singapore is being considered because, despite the relatively high number of cases in Singapore, most of them are among their migrant workers, not the general population. However, even in this instance, Malaysia is being cautious as they do not want to risk a second wave of cases.

For those resident expats stranded outside of Malaysia when the lockdown was implemented in mid-March, it has been a tough time as they were not allowed to return for the first two months. Even now, some categories of visa holders are finding it difficult to return to their homes here.

Naturally, priority was given to Malaysians, and over 50,000 citizens have returned since the borders were closed. Some 1,000 resident expats who were stranded oversees were not permitted to return for the first two months of lockdown. Many could not understand why they were locked out given that they possessed valid visas and had their home in Malaysia. Some concluded that the government was sending a message that they are no longer welcome in Malaysia.

However, for those of us who never left the country, we are truly grateful to be living here. We hope that if there are indeed those who would like to see expats leave the country, they will eventually appreciate that expats can play a valuable role in helping Malaysia’s economy recover.