Malaysia is blessed with a perennial tropical climate and lush greenery that might make Middle Earth look like the Atacama Desert. Locals and foreigners alike flock to the abundance of forest reserves and island getaways to witness the raw beauty of an untamed landscape, so make sure that you introduce your own guests to some of Malaysia’s most stunning natural spots. Here’s a look at nature at its finest all around the country. The famous fireflies of Bukit Berembang are still one of the most popular attractions in the country. In the area nicknamed Kampung Kelip-Kelip (Firefly Village), a sunset cruise down the river will leave you mesmerised. The view of thousands of fireflies lighting up the sky is indeed a sight to behold, as each glowworm emits a unique light pattern. Located just two hours from Kuala Lumpur, the surrounding area is also renowned for many good restaurants along the waterfront – perfect for a quick bite beforehand. 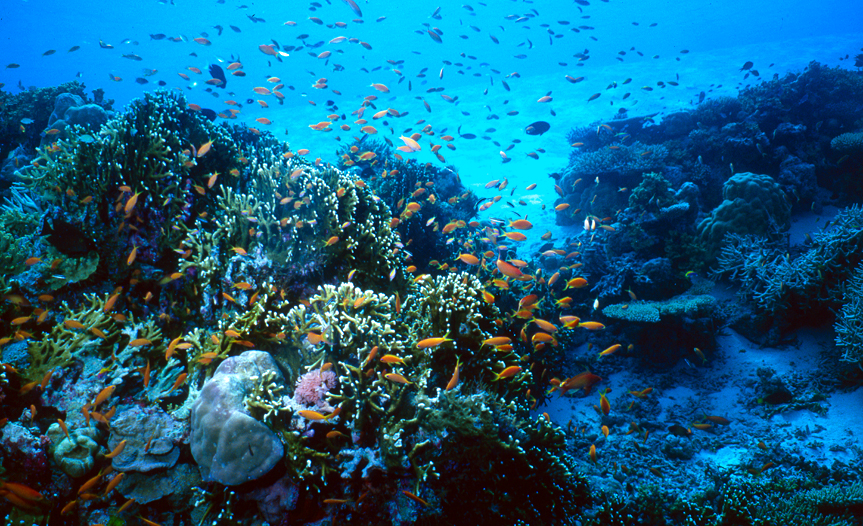 Located just off the west coast of Peninsular Malaysia, the Pulau Payar Marine Park is a coral reef teeming with tropical fish and was the first marine park created in Western Malaysia. It is easily accessible from Kuala Kedah, Langkawi, and Penang and so has become one of the west coast’s most popular diving sites, it also boasts a myriad of marine life including feather starfish, rainbow runners, barracuda, and ghost fish. Aside from the colorful fish there are sea turtles, sea anemones, reef sharks, and octopus to keep you company beneath the waves, as well as an old fishing boat wreck to explore.

Towering as it does over the eastern state of Sabah at 4,095m above sea level, Mount Kinabalu is the fourth-tallest mountain in the Malay Archipelago and attracts travellers from the world over to climb its slopes in search of the perfect sunrise. This UNESCO-listed World Heritage Site is recognised as one of the most important biological sites in the world: an estimated 6,000 plant species call the mountain and its surrounding National Park home, including 326 species of birds and over 100 mammals.

All climbs involve an overnight stay and an early morning trek to the summit so book well in advance to avoid disappointment – these trails are in high demand!

Established in 1989 within the Krau Wildlife Reserve, the sanctuary is managed by the Malaysian Department of Wildlife and National Parks and located near Lanchang town in Pahang. Since inception, the Kuala Gandah Elephant Conservation Centre has been at the forefront of raising, rehabilitating, and relocating elephants to larger national parks throughout Peninsular Malaysia

A visit to this park is a chance to get up close with these majestic and gentle creatures, hitch a ride on them through the tropical jungle, or even give them a quick bath at the river, with the help of the guides.

Opened in 1986, the Penang Butterfly Farm is effectively a “live” museum in which to enjoy the beauty of over 4,000 rare, endangered, and indigenous butterflies. The Farm is also a conservation and research centre so a visit ensures you receive a lesson in butterfly and insect conservation, learn about the threat to their habitats, and the fragile aspects of nature. Situated at the foot of the Teluk Bahang Hills and easy to get to, the Butterfly Farm brings in plenty of families thanks to the daily insect and reptile shows.

Surrounded by the pristine waters of the South China Sea, the Satang Turtle Island National Park is a sanctuary for rare Hawksbill turtles who return each year to lay their eggs. Visit the turtle conservation and hatchery area and learn about the conservation program on the island.

The ocean also plays home to an abundance of coral and marine life and it is possible to swim with these beautiful creatures as well as partake in a guided stroll through the National Park’s jungle-filled interior. The Park can only be visited on an organised tour as certain areas are off-limits to the general public – conservation is of utmost priority in these parts.

Niah National Park is 480km up the coast from Kuching and spreads over 3,140 hectares of peat swamp, forests, limestone formations, and caves. Its main attraction is the Niah Great Cave, a world renowned archeological site where a 40,000-year-old skull was unearthed, along with tools and ornaments dating back to the Stone Age.

Another popular attraction is the Painted Cave, used by prehistoric man for religious and burial rituals. This is also the site of the famous cave paintings, and depictions of human figures rendered in thick red hematite cover some 30m of the interior walls.

Located in the Malaysian part of Borneo, the Gunung Mulu National Park encompasses incredible caves and karst formations in a mountainous rainforest setting. Home to one of the largest cave chambers in the world, the national park also houses Mount Mulu, a towering 2,377-m sandstone mountain.

The park features enormous and vast cave networks, rock pinnacles, cliffs, and gorges. With limestone and rock formations dating back almost 90 million years, this is a historical and geological wonder. The park also houses Clearwater Cave, a mammoth cave with one of the world’s largest underground river systems.

A raised wooden walkway takes you to the observation deck where orangutans emerge from the rainforest to be fed by the rangers. This is the best time to watch the orangutans as they roam free and unseen in the surrounding jungle, so take your camera!

Located in Sandakan Division, Sabah, on the eastern tip of Borneo, the 560km-long Kinabatangan River sustains one of the world’s richest ecosystems and is one of the best places to observe wildlife in its natural habitat.

Other than being home to Borneo’s indigenous orangutan and proboscis monkey, the lower basin of the river has the largest concentration of wildlife in the region, and all eight species of hornbill found in Borneo make the area their home.

A dawn or dusk river cruise is the best opportunity to catch a glimpse of Asian elephants or a Sumatran rhinos wandering through the trees. Optional tours can also be arranged for night safaris to spot crocodiles, birds, and nocturnal animals.

This article was originally published in The Expat Magazine (February 2013) which is available online or in print via a free subscription.

This article has been updated as of February 2016.

Not very surprising that 3 out of the 10 places mentioned are in Sabah (North Borneo), by the way no. 10 should be Kinabatangan River, not Kinabatang

Thanks for pointing that out North Borneo Historical Society 🙂