Tourist arrivals for the first quarter of this year were down nearly 9%, reflecting a drop in visitors from nearly all countries. As usual, Singaporeans represented roughly 50% of all arrivals, followed by Indonesians, Chinese, and Thais. Arrivals from all these countries showed a decline from 2014, although visitors from China fell the most, by around 27%, likely due in part to the fallout from the MH370 tragedy.

On the positive side, research showed that tourist expenditures on shopping rose by around 10% and the average length of stay increased from 5 to 6.7 days. This reinforces other information which shows Kuala Lumpur is increasingly being recognized as a major shopping destination; last year, CNN rated it the fourth-best shopping city in the world, while the Globe Shopper Index placed KL as the second-best city for shopping in the Asia-Pacific region, only just being edged out by Hong Kong, and ahead of Shanghai, Beijing, and Singapore, which were ranked third, fourth, and fifth, respectively. The index stated, “Kuala Lumpur’s specific strength is its ability to combine low prices with a good range of products in a large number of stores, including three of the world’s 10 biggest shopping malls.”

Read This: Google Play Movies is Now Available in Malaysia

Even though it is cheaper here such as iPhone but we are,as expats, still spending and shopping from the country where we are from. We are helping to boost our homeland’s economy 🙂

Of course, everything is much cheaper with the collapse of the Rm, can come here and save moiney 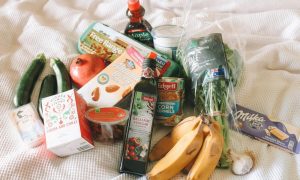