The ringgit was one of the worst performing currencies in Asia in 2014 and the trend has continued this year, with the currency now passing RM4 to the US dollar for the first time since 1998.

Based on the graph below, the Malaysian ringgit fell 27% three years ago and 26% five years ago. This year, the ringgit has fallen 18% to the US dollar.

Other Southeast Asian countries have seen their currencies fall between 10% to 15% in the same period, but Malaysia’s currency has suffered the biggest drop.

Several factors have contributed to its collapse, including falling oil prices and an increasingly robust US dollar. 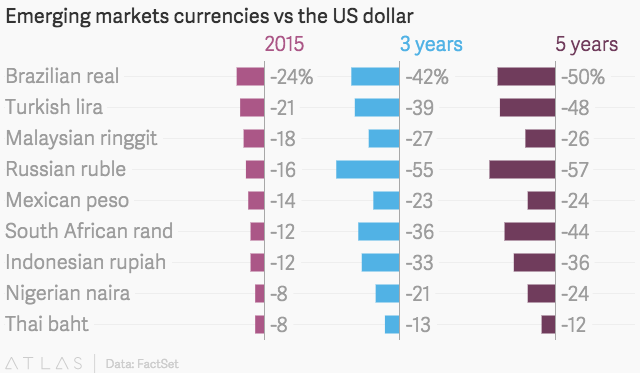 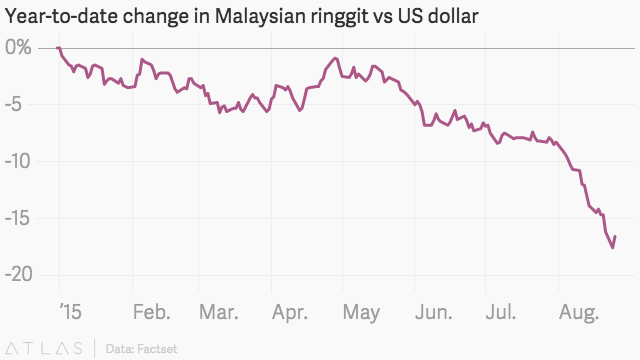 Read This: Drop in Petrol Prices

I dont want to see….

Any forecast on what’s the trend for the coming year? Is it going to drop more or what?