It’s been an astronomical year so far… and no, I’m not referring to Brexit or President Trump (wow it feels weird to say that). Instead, let’s focus on the truly wonderful things the universe has shown us this year: we’ve witnessed a solar eclipse, meteor showers, and the alignment of planets in visible in the night sky.

If you’re an avid stargazer or just an amateur astrologer, you would have witnessed some of these events. The wonder is far from over though because this month, we can all look forward – and upward – to the biggest and brightest full moon since 1948.

On 14th November, the full moon will be the closest it has been to Earth in 70 years and as a result, it will appear at least 30% brighter than usual and 14% bigger. According to NASA, it will be the closest supermoon to Earth in the 21st century; the supermoon to end all other supermoons (this century). It’ll only get this close again in 2034, so if you miss it this time around, you’ll have to wait 18 years. Your toddlers will be adults by then.

The science of the Moon

Another term that you should know is syzygy (pronounces see-zee-je) describes the moment when the Earth, Sun, and Moon line up. So when these three heavenly bodies align with the Earth in the middle and the moon at perigee, us Earthlings get to witness a supermoon. This year, we get three perigee-syzygies. The first was on 16th October. This will happen again on 14th November and 14th December. For a few days before and after, the moon will look full to the untrained eye, but scientifically, the full moon will appear on the 14th of both months. November is extra special because the full moon will be within 2 hours of perigee, bringing the moon the closest it has been to Earth in the 21st century.

Additionally the supermoon in December is special in its own right: it will be so bright that it will reduce the visibility of the Geminid meteor shower – one of the brightest and most active showers astro-fans look forward too, sometimes with over 100 meteors showering down at its peak.

Get out of the city

With the weather we have been having in Malaysia recently, we might not get a clear view of the moon. But since the moon will be so much brighter than usual, you might be able to see its glow behind thick clouds.

On a clear night, you should be able to see the moon, but the glare of urban lights might make it look no different from any other regular full moon. So, if you really want to enjoy the beauty of our only satellite, you should try to get away from the city. Perhaps you could visit one of the places in this article for a good viewing position: 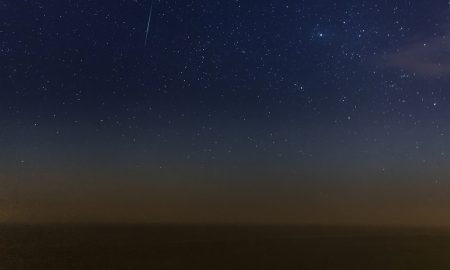 So set your reminders and be prepared for the best moonlight show the sky has to offer this century.

November 14’th is actually not in this week… 😉

A week can just be a period of seven consecutive days but we get your point :p