Johor’s capital city has long languished in the shadows of its causeway-connected neighbour, but a massive development programme has seen a remarkable transformation set into motion. David Bowden paid a visit recently and found a Johor Bahru reawakened…a city making a bold new name for itself.

Malaysia’s third-largest and southernmost state of Johor has various attractions, including the bustling capital Johor Bahru, golf courses, Legoland and other kid-friendly attractions, a cluster of remote islands on the East Coast, the beaches of Desaru, and various natural and agricultural encounters. The capital city of Johor Bahru (known to most as JB) has a handful of tourist attractions that are worth discovering, as well as being used as a base for exploring the state or even neighbouring Singapore. Though many tourists simply visit to rest, eat, and shop, there are some interesting sights, and while tourist information is not widely available, the attractions of JB are worth the effort in seeking out. It had been some time since I last visited JB, and I was surprised at the development that is now taking place there. The massive Iskandar Malaysia project is driving much of this and injecting renewed vigor into the state capital. While new international hotels have opened in the capital and nearby Danga Bay,my hotel of choice was the well-established, five-star Thistle Johor Bahru, which has spectacular views over the Straits of Johor. Taking into account my desire to get a sense of JB of the past, the hotel’s concierge directed me by taxi to the historic street of Jalan Tan Hiok Nee, which still retains a small number of old Chinese shoplots. It is now surrounded by a downtown dominated by new commercial and retail complexes that mostly cater to Singaporeans who flock across the causeway to, as I was told, shop, eat, get their haircut, have mechanical repairs done to their vehicle, get the car washed, and fill up the tank with Malaysian petrol at prices far cheaper than those in Singapore.

Within a few minutes of walking along Jalan Tan Hiok Nee, there was a sense that at least this short street was resisting the temptation to modernise and that there were other visitors like me interested in discovering a little of Johor’s cultural heritage. Most of the people on the streets appeared to be Johoreans, sipping local coffee and eating dishes such as Johor laksa, although the street also attracts adventurous tourists who want more from their holiday than yet another shopping mall experience.

On a past visit to JB, I had stumbled across Hiap Joo Bakery and Biscuit Factory located at 13 Jalan Tan Hiok Nee and was pleased to rediscover it and find it exactly as I remembered.This darkened shop, a little historic treasure, seems locked in a time warp and is a must-visit destination. I arrived early and cautiously wandered in to a busy working bakery with staff spread around a blazing hearth in the centre of the shop. The wood-fired oven makes Hiap Joo Bakery unique and I was pleasantly surprised that they welcomed a nosey photographer like me. No one fussed, as they were all being industrious stuffing buns with red bean and coconut fillings and one of the staff advised me to return after 11am, when the baking would be complete and the buns fresh and hot. I’m not sure if there is a coffee culture index or not, but perhaps there should be. Globally, coffee consumption has skyrocketed, and with it has come many quirky outlets selling a multitude of variations of freshly brewed coffee. It’s my theory that a society advances and develops with such coffee concepts, and I’d heard that Johor had entered the world of coffee with concepts that went beyond the kopitiam and contemporary American concepts.

JB now has half a dozen quirky coffee outlets, most established by young hipsters who have returned from their studies in the wider world and have brought back elements of those cultures to Malaysia. Faculty of Caffeine (106 Jalan Trus) is located in the downtown area along one of the city’s oldest streets. This hole-in-the-wall café has a serious La Maazocco coffee machine and serves light snacks as well as some rich brews. Its walls are adorned with contemporary art, and there’s a cosy outdoor verandah. Being rather hot from walking, I selected a refreshing iced blueberry tea while relaxing in the cooled interior of the outlet.

Afterwards, I returned to Hiap Joo Bakery to find a queue snaking out the narrow front door of the shoplot. Like those in the queue, I stocked up on freshly baked buns with fillings such as kaya, red bean, and coconut with gula Melaka and feasted on the still-warm buns back in the airconditioned surrounds of the Thistle Johor Bahru.They were delicious with a slightly smoky flavour from the unique breadmaking technique used to bake them.

Several other interesting concept venues along the street were now open including Kafe Red House (in striking red and white), Chaiwalla & Co (which, like its KL locations, effectively uses a repurposed shipping container), and Table for Two (25 Jalan Tan Hiok Nee), a funky little dining and drinking restaurant full of retro furnishings.

City Sights and Bayside Development From Jalan Tan Hiok Nee, there are several historic sites than can be explored on foot. Several government offices are located in the Sultan Ibrahim Building.The adjoining Johor Fort sitting at the summit of Bukit Timbalan is a stately building located on the city’s highest point. At dusk, the lights are turned on and the building becomes an illuminated landmark throughout the city.

One leading tourist attraction in the city is the Sultan’s former residence overlooking the Straits of Johor and now the Sultan Abu Bakar Museum and Grand Palace.While the sultan has relocated, the old palace still offers an opportunity to appreciate the lifestyle enjoyed by past sultans. The views from the gardens across the Johor Straits into Singapore make a visit here well worthwhile.

One of the most exciting developments in the state is Danga Bay (Teluk Danga), just a few kilometres from the downtown area and stretching along the coastline. This mixed-use site, covering some 125ha, includes commercial, residential, and leisure activities. Known as the ‘Vision City of the South’ it also incorporates a marina, convention centre (to open in 2016), and residential estates, as well as restaurants and cafés. Many families travel to JB to visit Asia’s first Legoland theme park. This fun-filled attraction has more than 40 rides, shows, and displays to distract kids for hours on end. In addition to thrilling rides, there are 4D films, plus opportunities to design, create, and build Lego robots and other objects using Lego bricks. Some of the exciting attractions here include Knight’s Kingdom, Driving School, and Miniland, which has models (made from Lego blocks, naturally) of world landmarks and scenes from around the globe. The park is a home to creativity and imagination in which children and their families can discover together as well as learning to socialise with others. Children are encouraged to ask questions and to find solutions to problems presented. Apart from Legoland, there are other parks and attractions in and around JB, too, such as Hello Kitty Town, Angry Birds Activity Park, and Puteri Harbour Family Theme Park. Getting There
Most expats will drive to JB with the journey down the North-South Expressway taking about four hours. Feeling counter-cyclical, I travelled by KTM train (www.ktmb.com.my) which departed KL at 8am and arrived in JB at 2.35pm. The return journey departed JB at 8.50am and arrived at KL Sentral at 4.05pm.

Getting About
Beyond the immediate downtown area, JB is not a great walking city. There are numerous taxis available, however, and the ones I took all used the meter.

Where to Stay
The Thistle Johor Bahru (www.thistle.com/johorbahru), with 382 rooms, has great views of the waterfront, although you will have to request such rooms when making a reservation, as other rooms have city views. Executive Floor rooms are especially comfortable and include a private lounge for breakfast and evening cocktails and canapés. Wi-Fi is freely available, there is a large resort-like pool, and several fine restaurants including Oasis which overlooks the pool and where Chef Eddy Yap and his team cook some very enticing Italian dishes.

Read This: 8 Islands to Check out in Johor

How Do We Stay Safe Outdoors During a Pandemic? 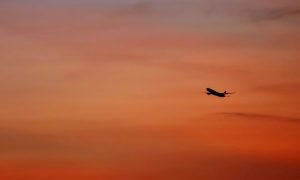